You are here: Home > Uttar Pradesh
All posts from upsssc.gov.in

How To Check Result?

Just follow the simple steps mentioned below to know the result.

Step-1 : Go to the link http://upsssc.gov.in/ResultsDire.aspx
Step-2 : Then click on the “Result” Link 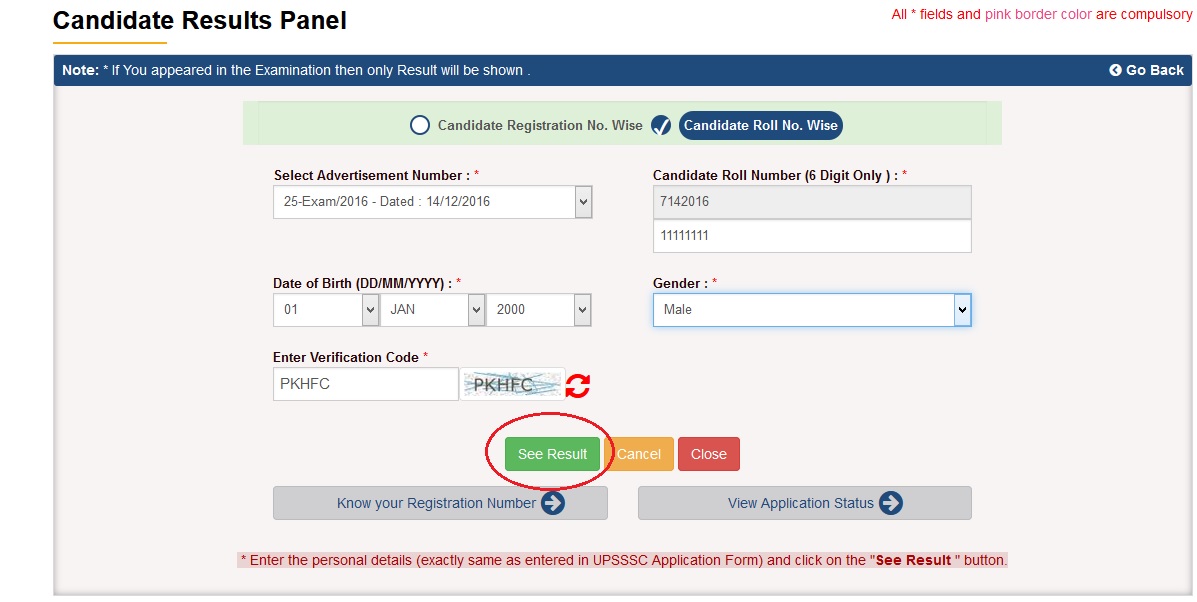 About The UPSSSC:
Initially, the State Government of Uttar Pradesh established a Subordinate Services Selection Board through an Ordinance in 1988 which was later on replaced by an act No.7 of 1988, for direct recruitment to all such group ‘C’ posts as may be specified by the State Government by notification in this behalf.

The Board was also allowed to consider the request of any authority, Government Company or Corporation, owned or controlled by the Government for such recruitment to posts thereunder. The Board had a corporate entity separate from the Government.

Subsequently in 1990 on 31st May above Board was dissolved and converted in to a Commission with a Chairman and maximum of five members. Further the Uttar Pradesh Subordinate Services Selection Commission (Amendment) Act, 1993 was promulgated to define/vary service conditions of the Chairman and the members of the Commission. By this amendment the commission was converted into a Department of the Government.

Realising the difficulty in recruitment on Group ‘C’ posts in the administrative departments of the State by the Uttar Pradesh Public service commission due to increased pressure on its working, the present Commission was established again by “the Uttar Pradesh Subordinate Services Selection commission Act, 2014” which came in force on June 20, 2014. On the resignation of then Chairman and five of its members on 6th April, 2017, present Commission was reconstituted and incumbent Chairman and members joined the Commission in later half of January, 2018.